How to Be a Power Couple 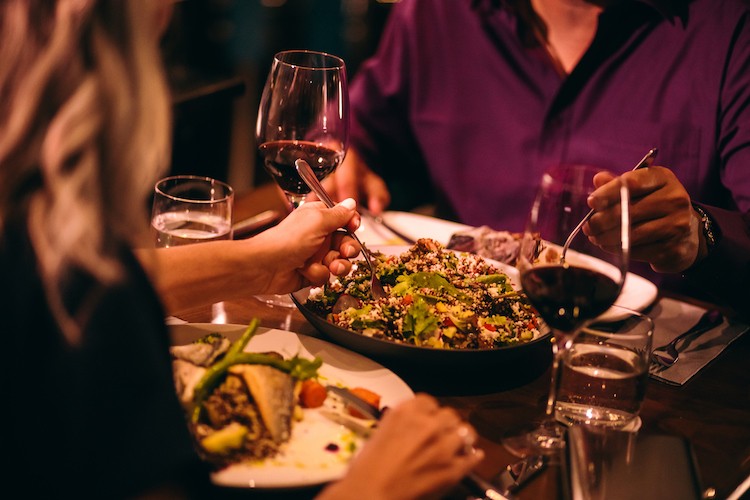 If we asked you to name a few of your favourite power couples, who comes to mind? Jay-Z and Beyonce? Kanye and Kim? Victoria and David Beckham? That’s who we’re thinking of! Besides obvious good looks, these A-list couples seem to work in sync and complement each other in order to be their partner’s better half.

But let’s get one thing straight: you don’t have to be Hollywood famous to be a power couple. Heck, we’re probably writing to a bunch of muggle power couples right now! It might mean that you're in a happy and productive relationship where you and your partner make decisions together, exercise together, or view each other as teammates while facilitating individual independence. Oh, and you’re both probably super cool.

We’re interested in learning more about the qualities that power couples have in common besides superhuman good looks. Here’s what we found out.

Making decisions together is a huge part of being a power couple. It can be about small things, such as what colour couch to buy, or big things like moving to a different city. But it’s something that you talk about together because ultimately you’re both affected by the decision.

Brainstorming together before coming to an agreement is part of the fun! Two heads are better than one, right? Chances are, your partner wants what’s best for you, and vice versa. So putting your heads together to make the best decision possible, even if it’s deciding what kind of mattress to buy, will make the outcome that much better for both of you.

Ambition might have attracted you to your significant other in the first place. It’s a charming quality to find in another human. Being ambitious means that you have a desire to achieve success. It’s a characteristic that radiates from your personality. So if you’re both ambitious people, you’re able to feed off of each other in order to fuel your passions.

Studies show that couples report feeling more satisfied with their relationships and more in love with their partner after collectively participating in an exciting physical challenge or activity. Partner exercises such as running together or taking a fitness class together might also increase your emotional bond as you have to coordinate your actions. As an added bonus, exercising together may lead to a more efficient workout… we see you showing off at the free weights! And it’s actually quite endearing.

You are both equals in the relationship

Part of being in a healthy relationship means being equals in the relationship. Meaning, you’d rather take over the world together, rather than individually. Sure, you might have different personalities, but they serve to complement each other.

No one is being pushed to the side or left to be felt unworthy. There’s no jealousy or aggression between the two of you. It’s simply more about having mutual respect and appreciation for each other because that’s how you both achieve success.

You both express individual independence

Power couples know how to stay afloat individually. Being able to be individuals while being partners is a very important characteristic of a power couple. You should be able to thrive on your own while thriving together. A perfect example of this is Kim and Kanye. Obviously, they're both successful in their own rights and love to express their individuality, but together they're a force to be reckoned with.

There’s a fine line between depending on each other, and weighing each other down. As you might have heard once or twice during your beautiful time on earth, it’s important to love yourself first before loving someone else. That way, you’re not bringing additional baggage into the relationship that might sink the ship.

You find genuine enjoyment in each other’s company

This quality should be a given in anyyyy type of relationship. Engaging in experiences together often brings the two of you closer, forming a stronger bond. Take travel, for example — when you go on vacation with your significant other, you’re both sharing moments that keeps the spark alive. Challenging each other to try new things is also a great characteristic of power couples. You’d rather try new things together rather than apart, because, to put it simply, you’re best mates.

You're both excellent listeners and communicators

How many times have you heard the saying that communication is key? Well let us tell you again: there’s nothing more important than being able to listen to your partner and talk to them about anything. Power couples have communication down pat, both in their daily lives and in their relationship. They understand how important it is to success, health, and happiness. For power couples, loud fighting isn’t a solution, it’s a problem. Being able to sit down and discuss a disagreement is how you get results.

Power couples know what they want, and when it comes to better sleep, that means investing in a better mattress and bedding.

Power couples know how important sleep is — that’s probably how they get their superhuman good looks! We know that power couples invest in better sleep and if there's something preventing them from getting their beauty sleep — they find a solution.

That may mean a mattress with zero partner disturbance, a silk quilt that’s hypoallergenic, or a memory foam pillow with an adjustable height. You know you’ve made it as a power couple if you both invest in better sleep and overall well-being. Do you think that Ellen Degeneres and Portia de Rossi snuggle up on a creaky, old mattress? Or that Prince Harry and Meghan Markle are sleeping on rough, polyester sheets? Certainly not.

You have 0 item(s) in your cart